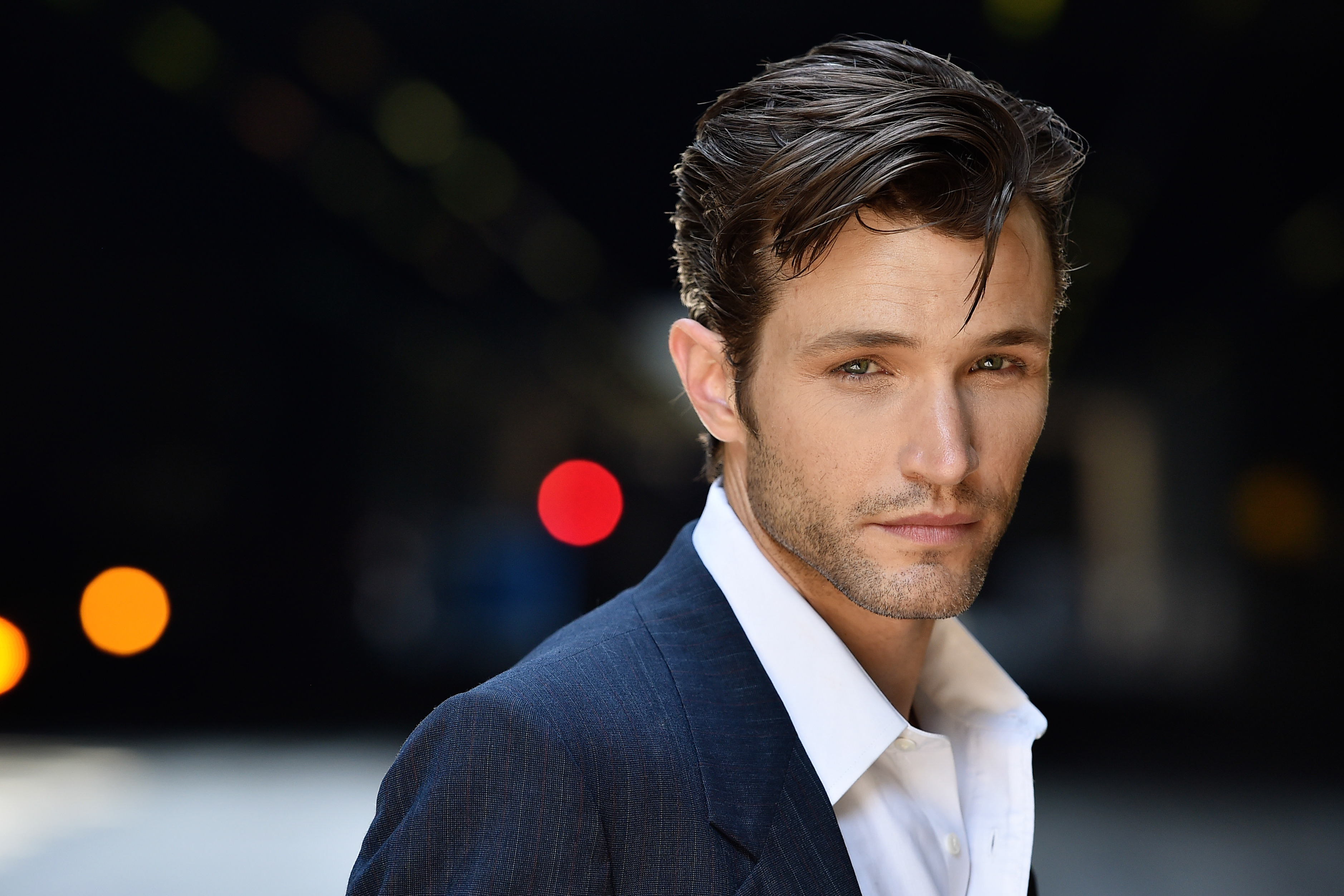 Check out this cool write up/ interview on Popmartzoo’s Muisc Blog
Here’s the full interview and write up by Eric Allen:

Vinyl sales were up 49% in 2014 from the previous year, totaling eight million records sold, the highest tally since the early 1990s. Demand is currently more than suppliers can meet with approximately only 15 record manufacturing plants currently existing in the U.S., the busiest being United Record Pressing in Nashville.

Thus, renewed interest in the vinyl record format has made the Internet ubiquitous with numerous music blogs and websites discussing the enduring format. Among the most noteworthy and entertaining I’ve found is Vinyl Rewind, which is hosted by wax enthusiast Eric Callero, aka The Vinyl Geek. The Vinyl Geek shares his insight of his latest groove-a-licious finds in an extremely entertaining and informative style. I always learn fascinating tidbits, as well as add new items to my wish list each time he uploads a new video. So, if you treasure collecting favorite old and new albums on this long beloved format as much as I do, then I highly recommend subscribing to The Vinyl Geek’s YouTube channel and checking out his website.

Recently, The Vinyl Geek was kind enough to take time to answer a few of my questions, and I thought I’d share his responses with others who not only appreciate vinyl, but are always on the hunt to score a good haul.

PopMartZoo: When did you first start collecting vinyl and why?

Vinyl Geek: Records have always been a part of my life, even when I didn’t own any. I used to spend hours just looking at the covers in my family’s storage cabinet. I wasn’t allowed to play them, [because I was] still too young. I first started buying cassettes, Weird Al mostly. When I started getting into classic rock, probably around JR. High, I wanted some Lynyrd Skynyrd, so I went down to the local used record shop and picked up a copy of Gold & Platinum. Kind of lame, I know, but it was the cheapest option, as CDs were $20 plus back then. Around when I entered high school, I started shopping at thrift stores for wardrobe, and looking through the records became a natural extension of my shopping experience. I first bought records for funny, strange, and weird covers. I would show them off to my friends, maybe even play them. As high school progressed, I started buying more for enjoyment and for DJing. My brother was big into the electronica/rave scene and still is in some sense, so he inspired me to want to DJ. I did some parties and a wedding; mostly all on vinyl. I bought a lot of 80s and disco music, anything you could dance too. By the time I was in college, I gave up on being a DJ and started collecting exotica, cocktail, mood music, and 50s/60s era oldies. Once I decided to move to L.A. around 2007, I started selling off my collection. I got rid of most of my novelty music: records that I bought for odd, strange or funny covers. I also got rid of most of my pop music. Besides the obvious fact that records are heavy to move, YouTube had finally hit it’s stride and so much of the music I was collecting for comedy’s sake was on there, no need to own it, just show someone the video. I didn’t see the point in having half of the records I had. What’s funny is that now I’ve started to buy back a lot of what I sold. I’ve even started to think about DJing again. Ha-ha, funny how life will do that to you. I will say that through it all, there was always a sense of a collector’s value in what I purchased. I don’t like to pay a lot for my vinyl, which is why I usually shop at garage sales and thrift stores. It’s the hunt that I really enjoy and if I could get a $20 record for a buck, that’s even better. I love record shops, but I usually only go to them if I’m looking for something specific. I’m the same way with vintage clothing stores. Otherwise, I feel overwhelmed by the sheer amount of stuff I want.

I have a collecting personality, but I don’t like to collect things that serve no purpose other than to collect dust on the shelf. Whatever it is that I collect, it needs to have another purpose. Vinyl is great because it satisfies the collector in me as well as the music lover. I love the hunt (dig), getting a good deal and it’s fun to see what something could be worth. I don’t collect because I’ll think I’ll get rich, but it’s nice to know that I could sell my collection if I ever needed the cash.

Another reason I collect vinyl is because it’s a window to the past. Sometimes you’ll get an album with some clues to whom the previous owner was. Sometimes it’s just their name, other times you’ll find a newspaper clipping that they took the time to save. One time I found an invitation to see Josephine Baker in concert in San Francisco tucked in the album sleeve. Stuff like that makes my imagination go wild. Who was this person? Why did they buy this album? Did they cherish the music? What happened to them? Even more personal are acetates, used in the record industry as a test pressing more or less. The technology was also made into a vending machine that [gave] normal folks [the opportunity to] record a personal message to loved ones and send it to them in the mail. Those to me, are amazing time capsules of everyday people. Not movie stars or TV personalities, just regular folks having fun. Those types of records are generally one of a kind because of how the technology worked. Granted, not all of them are that cool, but you get the idea.

Lastly, there’s just some stuff only available on vinyl. With every new advancement in media presentation, a lot of stuff gets left behind. Not every album has been transferred into the digital realm, nor are there plans to do so. So finding a hidden gem of an album or record is totally plausible and that’s what makes digging so exciting.

PMZ: How many pieces do you own?

PMZ: Why do you prefer vinyl over digital media?

VG: I actually don’t prefer one over the other. Digital is fantastic because it’s so portable and you can check out a ton of different bands in one sitting. Plus, I love to make digital mix tapes. Way easier than converting vinyl. The down side is that the music is more disposable and you may have the tendency not to care about it as much. Vinyl is awesome because the artwork is massive, the sound is great and it makes you an active participant in the listening experience. The downside is that they are heavy and not nearly as portable. I love the fact that both are coexisting right now.

PMZ: What tips do you have for someone wanting to start vinyl collecting?

VG: L.A. has a ton of great resources, but your readers may not live in as fortunate of a city, so here are some great places to visit on the web:

2) Discogs: a great place to go to buy vinyl, maintain your collection, and all around resource.

3) Vinyl Engine is a fantastic resource for turntables. They have manuals, reviews, and a great forum. Their members are super knowledgeable.

Also check out the Vinyl Community on YouTube. The men and women on there are some of the coolest cats I know and they will totally make you feel like you’re part of a family.

Ultimately, start small. Don’t feel the need to spend a lot of money to enjoy your records. Start with the basics, and as your ear develops, then upgrade your system and records. Records in near mint condition command high prices, but copies in good condition can be had for very reasonable prices.

PMZ: What one LP should everyone have in their collection?

VG: Sticky Fingers by The Rolling Stones, because it really showcases why physical media is so cool. You can’t get that experience from a CD or a MP3. Runner up would be The Velvet Underground’s debut, plus it’s just amazing music.

PMZ: What is your guilty pleasure album?

VG: For now it’s Electric Light Orchestra’s Out of the Blue.